Ogham Definition: A Guide for Beginners 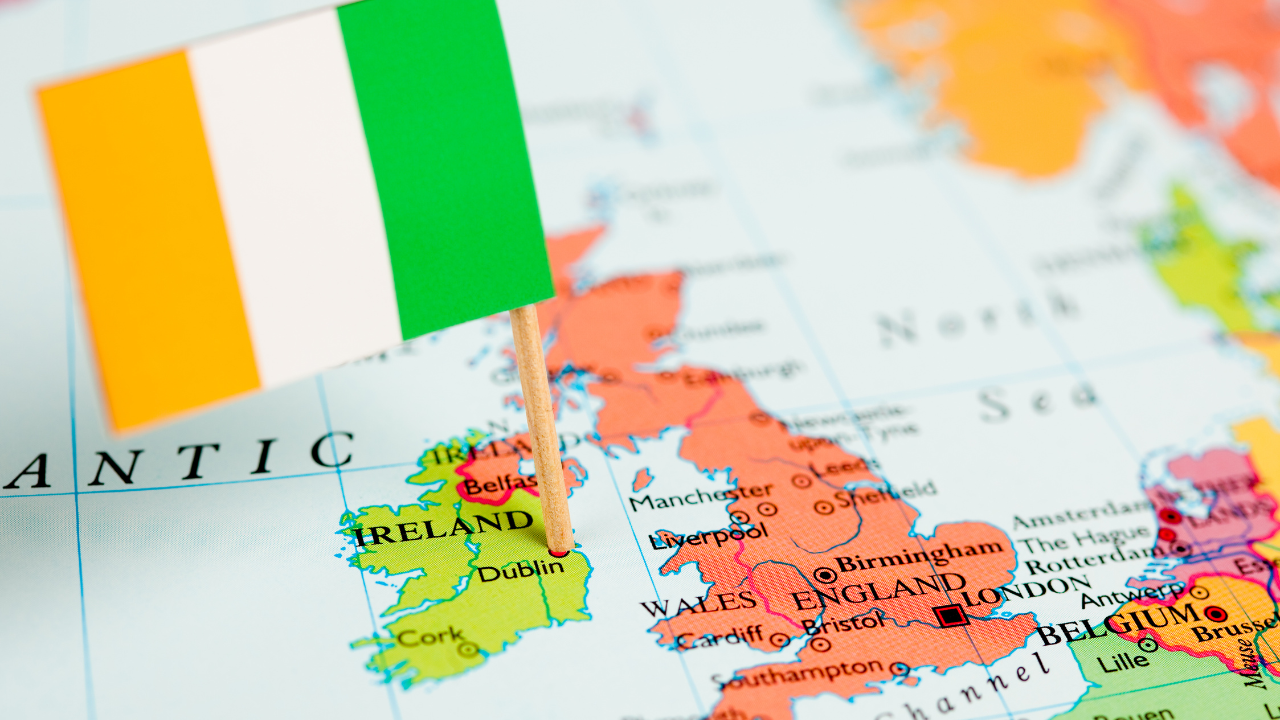 Ogham is an ancient Irish alphabet which was developed at least by the late 300s CE to visually express the sounds of, and record inscriptions in, one of the earliest forms of the Irish Language (Gaeilge), known as Primitive Irish.

It originally consisted of 20 letters, and from the 400s to the 600s - a time known as the Classical, Orthodox, or Monumental period - Ogham was written vertically, inscribed on the edges of large Ogham Stones, or possibly carved onto wooden staves (though no archaeological evidence remains to us for the latter, from this time).

This guide provides a solid Ogham definition, as there is a lot of pure nonsense available elsewhere, and gives insight into its history and applications.

Ogham is an early medieval (possibly even late Iron Age!) form of writing that was first developed and used by the Irish. It now consists of twenty-five characters, known as Feda or letters, each of which has a distinctive sound and meaning.

Ogham is believed to have been used culturally for several centuries, probably beginning in the 4th century CE (lates 300s). Initially the alphabet was used primarily to record personal names and short inscriptions on stone, wood, or metal objects.

This writing system survives today as a series of still somewhat mysterious markings on various historical artefacts, in texts from the later Medieval Manuscript tradition, and antiquarian or cultural revival publications through the 1800s and 1900s CE.

How was Ogham Used?

[Ogham] stones are inscribed with the names of prominent people and sometimes tribal affiliation or geographical areas. These inscriptions constitute the earliest recorded form of Irish and, as our earliest written records dating back at least as far as the 5th century AD, are a significant resource for historians, as well as linguists and archaeologists. - Ogham in 3D

As mentioned, the Ogham alphabet was primarily used to record personal names, tribal connections, and occasional short inscriptions on Ogham Stones during the Classical period.

These inscriptions were carved along the edge of large standing stones, and may have been set on boundaries, by burial grounds, or as monumental and memorial stones for ancestors.

Were the inscriptions purely practical - a 'do not enter our territory' type of warning? Or were they also employed for spiritual and magical protection? Invoking the name and strength of ancestors could bring peace and prosperity to a family or community, or act as a guardian ward on the edge of Tuath territory.

The archaeological record does not contain this type of information unfortunately, so it is up to you to decide, based on the facts we do have available.

The Ogham alphabet was first made up of lines or notches that were cut or carved into a stone, bone, or other material. 20 feda (letters), in 4 groups (aicmí) of 5 letters each.

Each fid (singular letter) represents the sounds of the Irish language of this early period. Each of the letter groups contain one to five (progressively increasing) lines or notches which are placed relative to a central stemline. Originally this stemline would have been the vertical edge of a standing stone, and the inscription would run bottom to top.

Later, when the study and use of Ogham moved into the Christian monasteries, we have what's called the Scholastic period, recorded through Medieval texts. At this point the Ogham definition and usage shifted, and the alphabet began to be written horizonatally across the page, from left to write.

The aicmí (letter groupings) remained the same, but an extra aicme (singular) was added, known as the Forfeda which literally means 'extra letters'.

Why is the Ogham Definition always Irish?

There are around 500 surviving examples of Ogham in the archaeological record, dated between the 4th and 7th centuries CE. Of these, around 400 were found in Ireland.

The rest were spread out, probably following tribal migration and trade patterns from Ireland, across our neighbouring Ireland, now known as Britain.

Ogham is not a language, but an alphabet and writing system, which is an important distinction when you are looking for a clear Ogham definition. This system was developed to express the sounds of the Irish language, categorically. Linguists are very clear on this matter!

We do however, see other languages such as Latin and a language in Scotland that may be Pictish, expressed through the Ogham alphabet in various of the examples across these islands.

This indicates that the Irish influence extended to these locations, not that these places developed Ogham independently, or even originally. Ogham is Irish.

Also, please note there is no evidence of the Ogham anywhere except Ireland and Britain, and no amount of wishful thinking about straight line carvings found in any other location will make it so.

In this Guide you will find a brief history of the Ogham, and the Ogham letters laid out across two A4 sheets, for easy printing and quick reference or reminders as you learn.
Get the Guide

Stay connected with news and updates!

Join our mailing list to receive the latest news and updates from our team.(Don't worry, your information would never be shared or misused.)

We hate SPAM. We will never sell your information, for any reason.